Sarny, a 12-year-old slave girl in the ante-bellum South, faces a relatively hopeless life. Her chief duties at the plantation of Clel Waller are serving at table, spitting tobacco juice on roses to prevent bugs, and secretly conveying intimate messages between Waller’s wife, Callie, and Dr. Chamberlaine. Then Nightjohn arrives. A former runaway slave who bears telltale scars on his back, he takes Sarny under his wing and, in exchange for a pinch of tobacco, secretly begins to teach her to read and write, a crime punishable by death. “Words,” he says, “are freedom. Slavery is made of words: laws, deeds and passes.” He starts by drawing letters in the dirt and cautions her that no one must know. At her baptism, Sarny steals a Bible that belongs to Waller’s son, Jeffrey, and practices reading by lantern-light in the slave quarters. The same Bible serves another purpose when, on a blank page taken from it, Nightjohn forges a pass for Outlaw, a young slave, to use in escaping to freedom in the North with his beloved Egypt, a slave on another plantation. Waller finds the Bible and demands to know who stole it. Delie, who cared for Sarny as a child, fears for her now and accepts the blame. But Nightjohn forestalls the lashing Delie is to receive, saying he’s the one, for he can read. He tries to run away but is caught, and his hand is tied to a chopping block. With an ax, Waller delivers the severing blow, exacting the brutal penalty for Nightjohn’s literacy. As he is dragged off to be sold, he tells Sarny, “When they cut off one hand, the other hand grows stronger.” That night Sarny writes a pass for Egypt that will let her join Outlaw on the flight to freedom. Two days later their escape is discovered and the false passes found. Waller knows Nightjohn wrote Outlaw’s pass. But who wrote the second? He interrupts a church service to demand the answer, threatening to kill all his slaves if no one tells. Sarny confesses, but declares he’ll kill no one, for the slaves represent his wealth. As Waller raises his rifle, Sarny implores Callie to speak up for her, hinting that she has read the messages to Dr. Chamberlaine. Callie refuses, but the doctor, fearful Sarny will reveal the relationship, says he’s at fault. He tells of teaching Egypt some reading and writing, but now declares it was a mistake. Callie orders that Sarny be sold, and as the girl is joined to a line of other slaves, she asks if any of them have tobacco to trade. What has she to give in return? they want to know. And Sarny draws an A in the dirt.

Melanie Griffith and Don Johnson (at the time married to each other) play Lily and Ben Reed, a young couple torn apart by a family tragedy. It would take a…

Yusef, a first-generation Pakistani engineering student, moves off-campus with a group of Muslim punks in Buffalo, New York. His new “un-orthodox” house mates soon introduce him to Taqwacore- a hardcore,…

The wife and daughter of the president of an African state were kidnapped by terrorists. The American embassador tries to liberate them and reactivates therefore an agent who is in…

Two Hurricane Katrina evacuees from the Desire Projects in New Orleans who both end up in Houston after the storm. The storm twists the fates of these two men. The…

Mr. Aio is a teacher at an all boys boarding school, and when his boyfriend breaks up with him he gets over her by having sex… 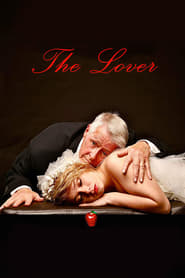 ‘An old lover gentleman, Joe receives a ride in order to go back home on time for his perfect wedding anniversary from a good Samaritan, Bob who turns out to…

During World War I, Mata Hari is a German spy, working in Paris. She has already seduced the Russian general Shubin, and has now set her eyes on lieutenant Rosanov,…

Tiger Chen is a Tai Chi student who is rather rebellious and uses Tai Chi to fight despite his master’s concerns. When the temple where he studies get threatened from… 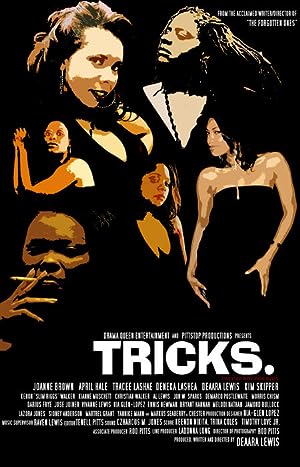 An urban tale about five Memphis prostitutes, their enterprising madam and the struggles of each to not only survive but thrive in an industry that is deemed immoral and taboo.

When British Lieutenant Faversham resigns his commission rather than fight in the 1882 Sudan war, his army pals present him with the four white feathers of cowardice.

Blame it on Fidel

Hello, my name is Anna and I am nine years old. I wish you had known me before – I mean before my aunt Marga and my cousin Pilar came… 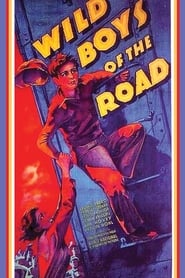 Wild Boys of the Road

At the bottom of the depression, Tom’s mother has been out of work for months when Ed’s father loses his job. Not to burden their parents, the two high school…