While escaping from Nazis during the WWII, a Jewish man dug suitcases full of things dear to his heart in the ground two. The war deprived him of his family, and afterwards he endlessly turns over the soil of Antwerp to find the suitcases, which makes him look obsessed. He keeps checking old maps and keeps digging, trying to find, in fact, those he lost. His daughter Chaya is a beautiful modern girl looking for a part-time job. She finds a place as a nanny in the strictly observant Chassidic family with many children, although her secular manners clearly fly in the face of many commandments. One of the reasons she is accepted is that mother of the family is absolutely overburdened by the household, so she stays despite the resistance of the father, normally – an indisputable authority in the family. She develops a special bond with the youngest of the boys, four-year old Simcha, so far incapable of speaking. She teaches him while walking in the park, and it seems that during the upcoming Passover Seder, Simcha will be able to chant parts of the Haggadah. The old repulsive superintendent of the building is a constant wet blanket for the entire family and now for Chaya. However, as opposed to the observant Jews, she cannot be a victim and is not going to put up with his anti-Semitic tricks, so she fights him, thus exciting the children’s admiration and family head’s wrath. Unfortunately, walks with Simcha end in a tragedy: after sneaking to the park, he drowns in the pond, and some Chassids hold Chaya responsible. A beautiful, warm picture filled with compassion and humanism, making understandable even the behavior of the superintendent – a mean pathetic anti-Semite: he is so terribly lonely that has only his dog to talk to. 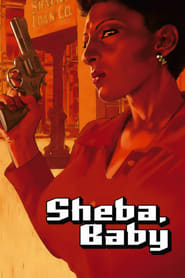 Sheba Shayne (Pam Grier) returns to her hometown of Louisville, Kentucky to help her father. A proud businessman, he refuses to be intimidated by thugs attempting to run him out…

A former thief frantically searches for his missing daughter, who has been kidnapped and locked in the trunk of a taxi.

The Diving Bell and the Butterfly

Forty-three year old Elle magazine editor Jean-Dominique Bauby – Jean-Do to his friends – awakens not knowing where he is. He is in a Berck-sur-Mer hospital, where he has been… 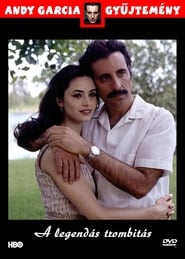 For Love or Country: The Arturo Sandoval Story

In this movie based on a true story, Arturo Sandoval is a phenomenal trumpet player, but he faces a major obstacle in pursuing his art: Jazz is illegal in his…

A scientist reprograms his computer with the personality of a woman and names it “Lucy.” When the scientist gets back together with his estranged wife, Lucy, who has fallen in…

Martha, an emotionally fragile mother, who moves to a remote Irish village with her husband Tomas following the tragic death of their baby daughter. Whilst there, the couple decide to…

Lights out tells the story of a couple that just broke up. Sarah is mad at Thomas and steals his car…

The Night and the Moment

Kaneshiro plays a Grim Reaper who appears to his victims in human form and spends a week with them before deciding whether to off them or not.

Laila, a girl on the run from her family is hiding out in West Yorkshire with her drifter boyfriend Aaron. When her brother arrives in town with a gang of…

Marvin’s estranged sons, Seth and Stanley, return home for a camping trip. As past grudges are exposed, their weekend getaway slowly unfurls.